Deprecated: Function Elementor\Widgets_Manager::register_widget_type is deprecated since version 3.5.0! Use register instead. in /home/vkewuma7nwqd/public_html/wp-includes/functions.php on line 5383

Revolution Rabbit Deluxe (RRD) evolved from a solo project into a four-piece band from Blackwood, in the South Wales valleys. Their brand of melody-driven innovative alternative rock has garnered great reviews, along with regular airplay on the internet. They’ve been played on the BBC and are poised to conquer mainstream radio. They signed to SWND records in Swansea  at the beginning of 2022.

The first single from The Great Divide.

RRD’s main influences are The Beatles and Eels for melodic inspiration. The Pixies and Smashing Pumpkins for rawness, power and drive of the rhythm section. The lyrical twists of Divine Comedy and XTC are also prominent influences. Comparisons to Feeder, early Manic Street Preachers, Super Furry Animals have been suggested by reviewers. RRD are not content with sitting back. Their fourth album, The Great Divide, is heading into uncharted seas with experiments in form and content. Due for release in May 2022, this album is more nuanced and delicate in places but retains the hard edge of the early albums. Tales from Armageddonsville, their debut album, came about when the producer of Goldy Lookin’ Chain, approached RecRock for artists suitable for release on Amazon, Spotify, and iTunes. RRD were put forward.

Like the Monkees, RRD live in one house and between writing, recording and gigging, they tour the world looking for crimes to solve. They lost their summer jobs as archaeologists on Time Team after a drunken lunchtime argument with Tony Robinson led to an unfortunate incident with a toilet, some dynamite, and a livid TV host. To this day, Tony twitches violently when he passes a lavatory. 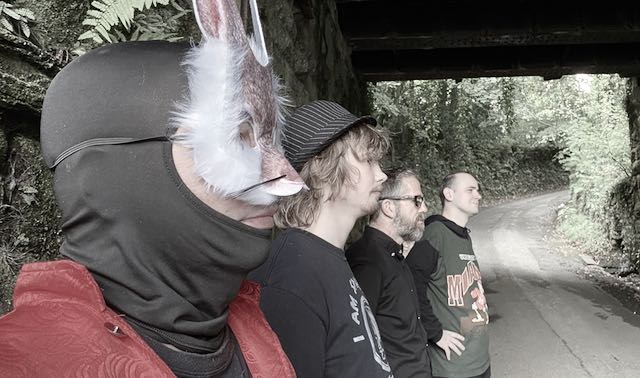 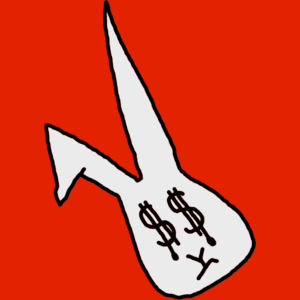 RRD’s Sold-Out Bunny design coming soon to a T-shirt near you. 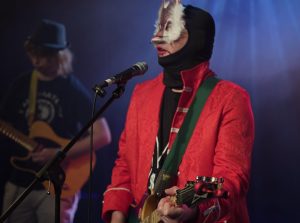 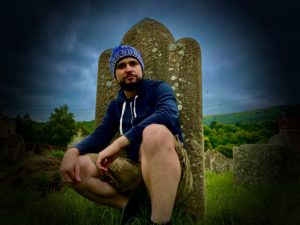 Bass player and backing vocals for Revolution Rabbit Deluxe. Switched from guitar to bass and hasn’t looked back… much. Sometimes sporting a beard borrowed from the Downton Abbey props room; the ‘Ben’s Beard’ debate rages on. 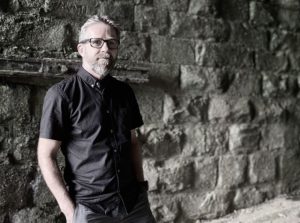 Dave provides the heartbeat of Revolution Rabbit Deluxe. His notable talent was spotted when as a kid he would knock on John Bonham’s door in 7/4 time signatures and then run away.

There are all kinds of places to listen and/or buy RRD tunes.

Listen and/or buy from iTunes.

Listen and/or buy on Amazon.